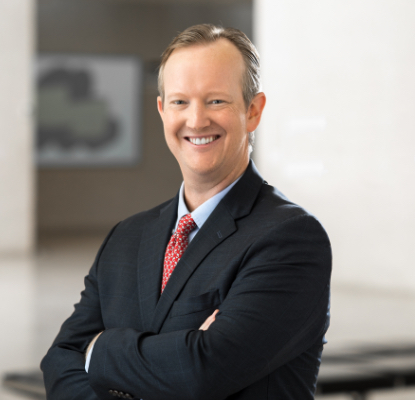 Rob has also advised clients on transnational matters such as groundwater and oil and gas leases, groundwater district governance, the Clean Water Act and other issues related to regulator control over real estate property. Mr. George’s practice is entirely devoted to litigation and appeals.

Recently, Mr. George managed two mass tort/class action dockets. One involved Volkswagen’s emissions ‘cheat’ devices, and Mr. George was part of the team representing individuals from Corpus Christi and various Texas counties. In the other docket, Mr. George and his team represented individuals and business owners in Corpus Christi and Nueces County in litigation regarding the contamination of the public drinking water.

Originally from San Antonio, Texas, Mr. George earned his B.B.A. from Baylor University. After which he worked in tech and pharmaceutical sales for seven years before deciding to attend law school. Mr. George is married to his best friend and they are raising their three children in Corpus Christi, Texas where he serves as the President of the Board of the Rise School and as the Secretary of the Board of Annapolis Christian Academy.