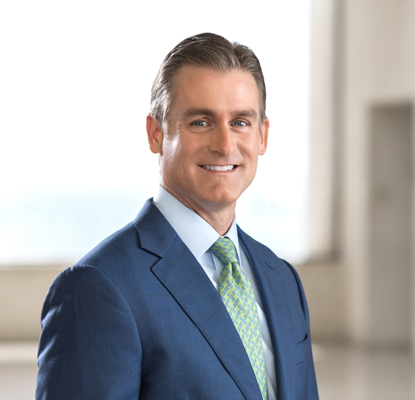 Kevin Liles has more than two decades of experience representing clients in safety-related lawsuits all over the U.S. His commitment to his clients has resulted in settlements and verdicts of seven and eight figures. He is frequently called upon to share his expertise in lectures on how to represent victims of heavy truck wrecks in both Texas and New Mexico.

Commercial Trucking Accidents: In 2017, Mr. Liles obtained a $7 million trucking verdict in New Mexico on a $0 offer case. He resolved the case against a previous defendant for a confidential settlement that was in excess of the later verdict.

Motor Vehicle Accidents: Mr. Liles served as trial counsel in a four-fatality commercial motor vehicle and road construction case that resolved favorably with one defendant in the first week of trial and with the second defendant in the second week of trial. The defendants refused to accept responsibility and offered $0 until a week before the trial. The case settled confidentially well into 7 figures.

Drunk Driving Accidents: Mr. Liles obtained an $18.75 million verdict in 2013 in Nueces County, Texas for parents of an 18-year-old boy who was killed when a drunk driver drove the wrong way down a highway. The suit was against the topless bar that over-served the driver and then kicked him out of the bar. The verdict appears to be the largest wrongful death dram shop case in Nueces County history.

Oil Field Injuries: Mr. Liles has and continues to represent victims of oilfield-related deaths, including crashes involving oil field trucks and injuries and deaths arising from unsafe working conditions in the oil field and gas pipeline facilities and locations.

Spinal Cord Injuries: Mr. Liles has represented numerous clients who have suffered spinal cord injuries (SCI), including quadriplegia and paraplegia, against international automobile and tire manufacturers responsible for unsafe and defective products causing injuries. Mr. Liles has obtained successful settlements in the 7 figures and 8 figures, with experience in unique issues facing clients with such disabilities.

Burn Injuries: Mr. Liles has and continues to represent catastrophic burn injury victims, as well as victims of brain injuries, to assist with the particular issues and treatments that such injuries bring to victims and their families.

Tractor-Trailer Accidents: Mr. Liles has handled numerous tractor-trailer, company vehicle and product liability cases that settled favorably within the year of the crash for amounts in excess of $5 million.